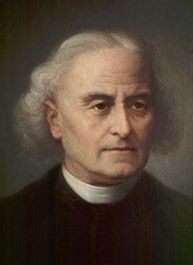 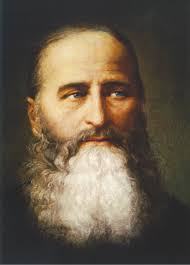 Sion’s founders, Theodore and Alphonse Ratisbonne, were born into a well-educated Jewish family in Strasbourg, France. Theodore’s mentor, Louise Humann, inspired him to center his life on the Word of God. Theodore immersed himself in Scripture study and Catholic teachings and was baptized into the Church. To this day, Theodore’s mentor Louise remains an inspiration for Sion students as a woman of deep faith and great intelligence. Following his Baptism, Theodore was ordained a priest in 1830. Alphonse also embraced the Catholic church and followed a calling to become a priest after experiencing a vision of Mary on January 20, 1842, at St. Andrea Della Fratte Church in Rome. This vision had a profound influence on both of the Ratisbonne brothers as they set out on a mission to open the world's eyes to God’s faithful love of the Jewish people. Theodore and Alphonse founded the Congregation of Our Lady of Sion, named after The Blessed Mother, in 1843. By the turn of the last century, several Sion schools and orphanages had been established as communities that embrace and welcome all faiths.

In 1892, four Sion sisters left their home in France to travel to the United States of America. In 12 short years, the congregation had flourished and welcomed over 50 new members. Bishop Thomas Lillis invited a handful of Sion sisters to spread their talents and teachings to Kansas City in 1912. The nuns established a French Kindergarten and offered private sewing, music, and French lessons. Throughout the decades to follow, the Sion Sisters continued growing the institution as it evolved into an elementary school in Kansas City’s historic Hyde Park district. In 1962, Sion celebrated the opening of a prestigious all-girls high school campus in south Kansas City. The Sisters of Sion transferred leadership of the school to a lay Board of Trustees in 1990. This Board continues to provide governance for both schools under the leadership of the President, administration, faculty, and staff.
Sion's three-fold commitment is to the Catholic church, the Jewish people, and creating a world of peace, justice, and love through interfaith dialogue.

Sion Schools Around the World

Notre Dame de Sion Schools of Kansas City belong to a consortium of 22 Sion schools worldwide, as envisioned by the Ratisbonne brothers and sustained by the Charism of the Sisters of Sion. Each school leads its respective community with the mission and vision passed down from the Congregation of Sion. All Sion schools maintain their deep commitment to the inclusion of all faiths and cultures, and to encouraging every student to realize his and her unique gifts in a nurturing atmosphere of love and respect.

To learn more about the Sisters of Sion please visit the website here https://www.notredamedesion.org/